IMPORTANT: RV 2022 is the last version of RV to support Python 2, aligning with other Autodesk M&E products like Maya, 3ds Max, and Flame. Starting with version 2023, RV will support Python 3 exclusively.

With this release of RV, the new Multiple Media Representations feature makes it easy to swap between media formats during a review.

Clips in ShotGrid can have multiple incoming sources or paths to media like Path to Frames, Path to Movie, and Streaming. RV now detects these different media paths and present them in a drop-down menu to easily swap between media formats. The media swap drop-down menu is located in the bottom right of the Player, next to the resolution and format information. 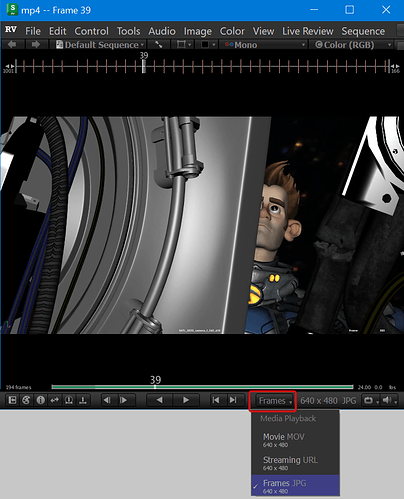 New commands are also available in RV to support Multiple Media Representations within a SwitchIPnode:

To learn more about the new Multiple Media Representations feature in RV, please refer to the documentation.