I created a Status List in Versions for Editorial, every time a new version is uploaded and commented, we can update the Status of the shot in Editorial. Now, I am trying to link this column to the Shots Page but it looks like it doesn’t exist this option.

If I try the other way, to create this Editorial Status List at Shots Page and then link it in the Versions Page, it’s possible. 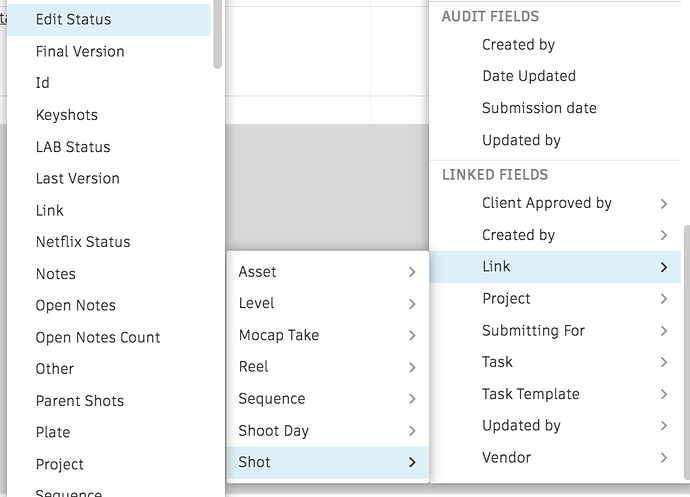 I would like to know why this happens and if there’s any chance to link it this way. I also tried with Query but didn’t work out either.

Thanks so much in advance!

Likely because the relationship is 1 Shot can have Many Versions.
Linked Fields won’t work for a 1:Many relationship.

It works from the Version end since there is only 1 Shot for any Version.

Yeah as @schicky said, that’s not a connect you can do with the field you have as is.

However, you could create a Query field on the Shot level that would do some logic like the image attached here?
In your case the “Status (Version)” field I point to would be your Editorial Status on the Version level.

You may need to play around with how your statuses summarise or maybe using the percentage selector I show in the image which will allow you to use the field as a percentage counter.
So, for example, if you set this to Percentage > Complete then it would calculate how many Versions have the Editorial Status as ‘Complete’ as a % 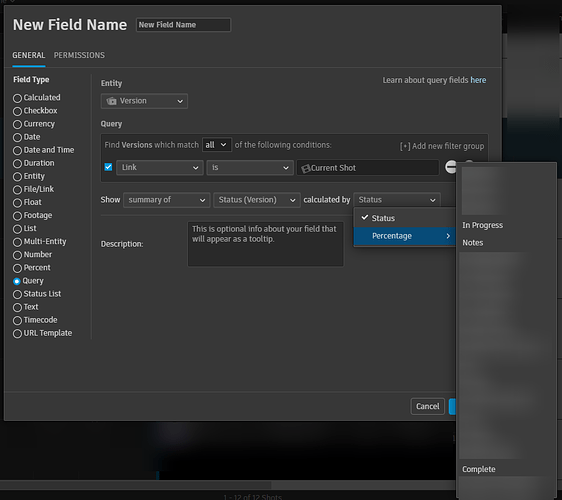