We sporadically see this behavior where the SG desktop (on Centos 7.9) becomes unresponsive and fails to launch apps. I hesitate to describe it as “frozen” since by all appearances basic UI components continue to work (at the very least you’re able to continue to click the apps as normal). Assuming the user is patient enough, the condition sometimes resolves itself after several minutes of waiting and the user sometimes finds themselves on the receiving end of dozens of simultaneous application launches (stacked up from the multiple button pushes). This state is accompanied by the following error:

Since it is exceedingly difficult to reproduce, we’ve not been able to isolate a case for further investigation, but our best guess is the python process that Desktop forks off is stuck waiting on a resource, likely a socket to communicate with Desktop. Also, this condition seems to frequently coincide with a second Desktop (zombie?) python process, although this could be a complete red herring. Long story short, we’re not sure, since the internals of Desktop are enough of a black box to render troubleshooting non-trivial.

Anybody else experienced this issue or anything similar and had success resolving it? 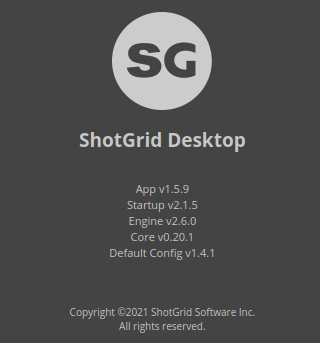 This is also happening with MacOS use of SG Desktop as of last week.
Have not been able to reproduce “on demand” – but has the same behaviour as Nico described.

No success in resolving it to-date, but would be interested in a solution to troubleshoot / fix.

Hi @nico.vandenbosch ,
We actually experienced the same issue (comparing the tracebacks).
We’re also not entirely sure what’s causing this, but for us it helped to increase the Windows Open File Limit (default is 512) with: import win32file; win32file._setmaxstdio(5000)
(Linux default is 1024; you can check it by using ulimit -n)

After doing so we saw, that something else in our codebase was producing other python errors, that were not visible before increasing the limit.
I could imagine, that the BrokenPipeError may be caused by a combination of: file limit reached and one or many error(s) occuring during engine initialization.
As this issue is hard to reproduce reliably it may as well not be the solution, but it could be worth a try.

Did this issue magically disappear or could you find a solution to work around it? We are facing this issue on a regular manner since a couple of weeks. Launching 3 or 4 apps might be enough to get this error and only reloading the config does ‘fix’ it.