For episodics it’s possible to have the same sequence code/name used in multiple episodes. In my example I have two sequences named ‘ATF’, one is linked to episode 103 and another is linked to episode 109. When I try to link a Version to ATF in episode 103 it pops up and lists both ATF’s but gives no indication of which is which, ie, not showing which episode each ATF sequence is linked to. Is there a way to modify what this pop-up is showing to help differentiate Entities of the same name? 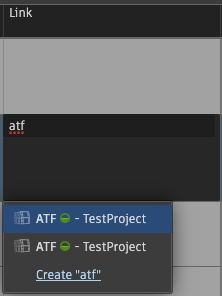 There used to be a special request you could make to SG to include contextual information in a specific entity field like this. However, that was long ago and not sure they will make those special concessions anymore.

In general, I think it’s more frequently suggested to include the Episode name as part of your Sequence so you’d have:

This can lead to naming redundancy for sure, but the tradeoff is you get the explicit information about each of the Sequences from their name alone.

Yeah, totally agree, though sadly that is out of my control. Thank you.

This should really be a configurable option on the sg website.
Entities could have two options;

Pretty sure that’s been a feature request for >10 years… It would be nice indeed.

I too would want the quick search function to show contextual information for the entities, because I don’t think putting the name of sequences into names of the shots is a nice solution (and this is even worse if you add episodes to the mix). We use the templating system and we have templates like :

Suppose the sequence is called ABC and the shot is sh001 and suppose we followed the guideline of including the sequence name in the shot name, I’d have Sequence = “ABC” and Shot = “ABC-sh001”, which would translate with the template example to :

Which is really unreadable IMO

I made a quick mockup of what I would expect for a schema without episodes :